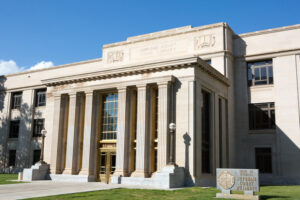 On Thursday, July 22, 2021, the Wyoming Supreme Court released an excellent opinion in Thompson v. State of Wyoming, 2021 WY 84, which can be found here. The unanimous opinion was penned by Justice Kautz. The case arose from a conviction following a jury trial in District Court, Hon. Kerri Johnson presiding. At the trial, the prosecutors for the State of Wyoming sought to introduce testimony from investigating law enforcement officers regarding what the alleged victim told them had happened. Specifically, the prosecutors asked the law enforcement officers: What did the victim tell you happened? This is classic inadmissible hearsay, and the defense attorney at trial recognized it as such and objected. The prosecutor contended the hearsay was admissible as a “prior consistent statement.” The judge did not squarely address the prosecutor’s argument but rather found a different basis for admitting the testimony, that it was admissible as explaining what the investigators did and why.

The Wyoming Supreme Court, however, disagreed. The Court found that the testimony was classic hearsay, and neither the “prior consistent statement” nor “effect on the listener” exception applied. As such, the testimony was not admissible, and the Wyoming Supreme Court held that the trial court abused its discretion in admitting it at trial. In so finding, Justice Kautz wrote:

The use of out-of-court statements to show their effect on the hearer is limited. While it may be necessary and appropriate to introduce some out-of-court statements or portions of statements to explain the course of events, other portions of the same statements may go far beyond what is necessary for this limited purpose. The rationale may not be used to inform the jury of the details of a victim’s allegation of the criminal conduct or a witness’s statement when those details are not necessary to explain what happened next.

As a leading treatise explains:

One area where abuse may be a particular problem involves statements by arresting or investigating officers regarding the reason for their presence at the scene of a crime. The officers should not be put in the misleading position of appearing to have happened upon the scene and therefore should be entitled to provide some explanation for their presence and conduct. They should not, however, be allowed to relate historical aspects of the case, such as complaints and reports of others containing inadmissible hearsay. Such statements are sometimes erroneously admitted under the argument that the officers are entitled to give the information upon which they acted. The need for this evidence is slight, and the likelihood of misuse is great. Instead, a statement that an officer acted “upon information received,” or words to that effect, should be sufficient.

The dispositive question in cases involving this type of evidence is whether it was truly offered as background information or to prove the truth of the matter asserted.

The Supreme Court found that the evidence elicited by the prosecutor was not background information, but was instead offered to prove the truth of the matter asserted.

The Thompson case is a must for all defense attorneys and clients to remember at trial. Do not let the prosecutor try to prove their case by putting law enforcement witnesses on to summarize the evidence for the jury. Make the statements come from the witness who actually has personal knowledge. If the prosecutor claims the testimony is a prior consistent statement or “effect on the listener,” have this case and citation at the ready for the trial judge, and do not back down from your objection.

As always, if you have one shot, make it your best.