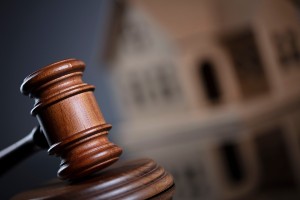 The Wyoming Supreme Court recently ruled that a defendant’s age at the time of the alleged crime determines whether or not a case is heard in juvenile court.

This applies to people who are 18 or older when charged and/or when their case goes to trial, as long as the incident in question occurred before the defendant’s 18th birthday.

The appeal involved a man charged with sexual assault that allegedly occurred when he was 17.

According to Thomas Fleener, “This case is extremely important for juveniles in Wyoming. It creates consistency among various district courts so that folks that are similarly situated are treated the same, which they should be.”

Fleener polled district court judges throughout Wyoming and found that half said they would have tried the case as an adult and the other half would have sent it to juvenile court.

In this seminal case, Fleener Petersen had moved to transfer the case, in which their client was seventeen at the time of the alleged offense, to juvenile court, but the judge determined he should be tried as an adult due to the client being 18 at the time of the charges.

The state supreme court did not agree.

The court determined that Fleener Petersen’s client was entitled to a juvenile transfer hearing, and that going forward, juvenile courts will have concurrent jurisdiction with adult courts under these circumstances.

The Supreme Court ruling stated, “We have concluded that the juvenile court’s concurrent jurisdiction depends on the offender’s age at the time of the offense and not at the time of charging.”

The ruling doesn’t mean that all cases involving crimes committed by someone under 18 should be tried to juvenile court. The court system can still try Wyoming minors as adults based on the circumstances and at the discretion of the court.

However, based on the court ruling, cases where a person is alleged to have committed an offense as a juvenile, but where charges are not brought until the person is an adult, are eligible to be tried in the juvenile court.

Explained Fleener, “I think it really speaks to the main purpose of treating juveniles differently. I mean, the reason why states have juvenile justice acts is because kids are different … their minds aren’t fully developed.”

This was a major win for Fleener Petersen, their client, and juvenile justice as a whole. If you’d like to know more or you have questions about this important Wyoming State Supreme Court ruling, contact us at (307) 460-4333.

As always, if you have one shot, make it your best.