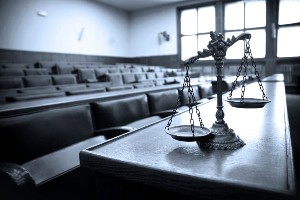 On April 27, 2022, a twelve-person jury found a 23-year-old man not guilty of aggravated assault and battery. The man, a University of Wyoming Law Student at the time he was charged, was working as a bouncer at the Buckhorn Bar in Laramie, Wyoming when he was confronted by an angry and aggressive patron who had presented a false ID. After several people tried to de-escalate the situation, The man intervened and brought an end to the threat by throwing the angry patron to the ground. As a result of his actions, the State of Wyoming charged him with a felony.

Tom and Devon, along with their excellent paralegal Nathan Ybanez and investigator Stacy Adendorff of Meerkat Paralegal Services, worked tirelessly to see that justice was done in this case. They believed in their client from the beginning to the end, and it was a huge relief when the jury returned their verdict of not-guilty within two hours of receiving the case. Clearly the jury heard Tom and Devon’s message loud and clear: The defendant is a good person who was simply protecting others from an active threat.

Tom and Devon put their many years of trial experience to work on the case, employing a clear and simple message that resonated with justice, in crafting their defense. They used their impressive knowledge of the rules of evidence and case law to put the case in the best position possible once the trial began. They delivered impassioned opening statements, closing arguments, and conducted effective and precise cross-examinations of the State’s witnesses. Fleener Petersen also employed and worked with Dr. Eric Gilbert of Salt Lake City, an excellent doctor of emergency medicine, to help them prepare their case. His help was indispensable.

With this win, Fleener Petersen has cemented a winning formula that will hopefully prove useful for years to come. As always, if you’ve got one shot, make it your best.