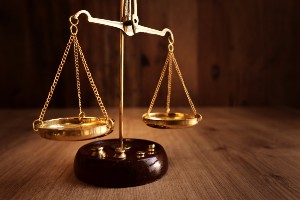 According to the Court, The Wyoming Highway Patrol officer should not have arrested the man due to the unreasonable speed at which catching up to the man required.

“We find an officer’s own conduct may negate the objective justification necessary for an initial traffic stop and cause a traffic stop to be unreasonable when all the circumstances are considered.”

The Wyoming State Trooper was parked in the median when our client’s vehicle passed. The trooper initially did not determine any traffic violations. However, he decided to catch up to the driver, driving in both right and left lanes of traffic at up to 111 mph.

Once the officer caught up, he tailed our client’s vehicle at 54 mph. He then determined he was driving too close to a semi-truck. In Wyoming, drivers must leave at least two seconds between their vehicle and semi-trucks.

The Trooper pulled our client over for following too closely and requested a K-9 search be brought to the scene. The search revealed more than 40 pounds of marijuana in our client’s vehicle.

Evidence Should Not Have Been Used Against Defendant

Attorney Devon Petersen argued that the marijuana not be used against our client and that the traffic stop was unreasonable and therefore unconstitutional. Furthermore, we pointed out to the court that the officer’s high-speed driving created a safety hazard.

Our client pleaded guilty to possession of a controlled substance. However, he reserved his right to appeal the decision on the basis that the marijuana should not be allowed as evidence against him.

According to the Supreme Court justices, the lower court did not consider the Trooper’s dangerous driving speed to catch up with our client who initially had not been seen committing any traffic violations.

The Supreme Court opinion further explained, “When examining whether a traffic stop was justified at its inception under the first part of the analysis, we not only examine the traffic violation, but we also examine an officer’s conduct using an objective standard which considers all the surrounding circumstances including the officer’s own driving behavior.”

If you’d like to know more about this Supreme Court ruling or you have questions about legal searchers and traffic stops, contact us at (307) 460-4333.