Three in a Row 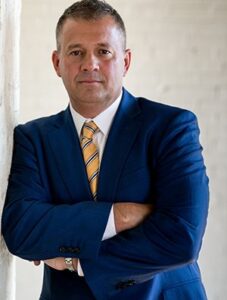 With another incredible victory in a military court martial, Tom Fleener has now won three jury trials in a row. These victories, all in the short time frame since the lifting of the pandemic restrictions on jury trials, have occurred in three different locations (Rawlins, Sundance, and Cheyenne) and in two different tribunals (state felony court and military court martial).  One of the cases he tried on his own, one with co-counsel and partner Devon Petersen, and one with Air Force co-counsel Captain Amy Mondragon.  All resulted in complete “not guilty” verdicts and full acquittals of all charges.  Most courts across the State of Wyoming have not even held three jury trials since the pandemic restrictions were lifted, and yet Tom has tried and won three in a matter of only a few months.

This latest case involved an allegation of first-degree sexual assault, or what is commonly known as “rape.” As always, Tom never wavered from the prospect of a jury trial, even though his client was facing decades in prison.  After battling it out with the military prosecutors for three days, the court-martial panel returned a verdict of “not guilty” late in the afternoon on Thursday, June 17, 2021. Once again, the client’s life was saved from irreparable damage.

A “not guilty” verdict is a rare thing for many criminal defense attorneys, and to be able to achieve these results in different types of courts with different procedural and substantive rules is truly impressive. Here’s to Tom and his incredible streak, which is completely in line with his truly impressive career that has seen more than its share of “not guilty” verdicts.