“Not Guilty” in Sundance 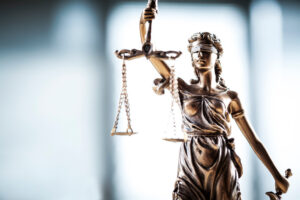 Partners Tom Fleener and Devon Petersen, along with investigator Houston Woodhouse, secured another successful outcome for their client following a three-day jury trial in Sundance, Wyoming. Click here for the article in the Sundance Times.  Bob Coronato was charged with two felonies (aggravated assault and battery and strangulation of a household member) and one misdemeanor (domestic violence battery).  After deliberating for just over an hour, the twelve-person jury acquitted Mr. Coronato of all three charges.  Mr. Coronato and his family were incredibly relieved as the words “not guilty” rang out from Judge Perry over and over in the courtroom.

Tom, Devon, and Houston put an incredible number of hours and hard work into defending Mr. Coronato.  They met with Bob and his family on numerous occasions, got all pertinent information, and never once hesitated to take the case to trial.  Mr. Coronato asserted his innocence from the beginning of the case, and Tom and Devon were able to effectively and persuasively tell his story to the jury.  When Mr. Coronato was allowed to leave the courtroom, cleared of all charges, it was the end of a year- long nightmare which saw Bob facing potential prison time and the lifelong stigma of a felony conviction.

This success followed closely on the heels of a “not guilty” verdict that Tom was able to achieve for another client in Rawlins, Wyoming on a felony charge of sexual abuse of a minor. The jury in that case was likewise not out for long before acquitting Tom’s client of all charges.

These “not guilty” verdicts add to Tom and Devon’s long list of successful outcomes at trial.  Being a trial attorney is different from any other kind of attorney, and Tom and Devon are never scared to take a case to trial, and for good reason. Their track record speaks for itself.

As always, “If you’ve got one shot, make it your best.”