Will the Past Come Back to Haunt You? 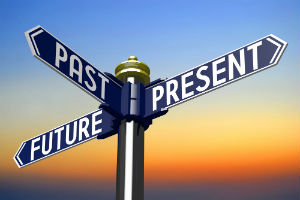 Can Life History be Used at Trial?

Have you ever wondered if the things you’ve done before in your life would be admissible at a trial of the charges you currently face? That’s a very good question, and its answer could have a huge impact on your current criminal charge. Imagine you are charged with sexual assault, and the evidence for the current charge is quite thin, but there is evidence that you have done something similar before that you are charged with now. The jury will be much more likely to convict you of the charge you face now, based almost entirely on the fact that you have done something bad in the past, even though the evidence in the current case is not very strong.

There is a rule in the law that the prosecutor cannot use your previous acts to prove that you acted similarly in the current case. There is a good reason for this rule, as you should not automatically be found guilty in the current case just because you may have done something bad in your past. As is the case with many rules, however, there are quite a few exceptions, so many, in fact, that the exceptions begin to swallow the rule, with the result that the rule ceases to work as originally intended.

Evidence of other crimes, wrongs, or acts is not admissible to prove the character of a person in order to show that he acted in conformity therewith.

In Wyoming, the rule is that “evidence of other crimes, wrongs, or acts is not admissible to prove the character of a person in order to show that he acted in conformity therewith. It may, however, be admissible for other purposes, such as proof of motive, opportunity, intent, preparation, plan, knowledge, identity, or absence of mistake or accident.”

Often times prosecutors will cite the other “permissible purposes” in an attempt to get bad things from your past into evidence in your current trial. Although the prosecutor claims the thing from your past is used to show, say, “absence of mistake” in this current case, the only way the thing from your past goes to show an absence of mistake this time around is to show that you did it before, so this time, it couldn’t have been a mistake. This kind of semantic run around frustrates the original purpose of the rule, but it happens all the time.

The Wyoming Supreme Court has attempted to limit the improper use of prior bad acts, yet still it finds very often that there was no prejudice in letting in prior acts of defendants at the trial level. There is no way to say for certain whether something from your past is going to be allowed at trial, and the variables are too many to discuss here. What you should know is that things from your past could possibly come up, and your defense lawyer should do everything in their power to prevent that negative information from coming in front of the jury on your current case.