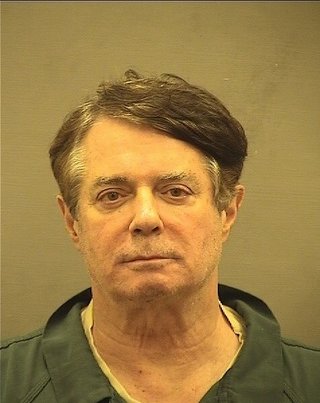 As most of you know, President Donald Trump’s former campaign manager, Paul Manafort, was charged and convicted in the Eastern District of Virginia of various crimes involving failing to file income taxes. He is awaiting sentencing.

Mr. Manafort was also charged in District of Colombia with various crimes related to his work as an agent for a foreign government. Mr. Manafort agreed to plead guilty to some of the counts in D.C., while others will be dismissed. The purpose of this blog post is to analyze the plea agreement in D.C. as it pertains to the D.C. charges, but also to the crimes he has been convicted of in Virginia.

The Federal Sentencing Guidelines were put in place over thirty years ago. Their goal is two-fold – first, to make sure that all defendants are sentenced similarly, based on their conduct and criminal history; and, second, to sentence defendants based on what they did, rather than what they are actually charged or convicted of. Basically, the guidelines are concerned with the actual criminal conduct, not what a person is able to plea-bargain down to.

The way the guidelines work in most cases is that conduct that makes up dismissed counts is still considered when computing the sentence a defendant receives for any counts that he pled guilty to. For instance, if a person is charged with five counts of possession of methamphetamine with the intent to deliver and each count is based on a separate delivery of four ounces (roughly 100g) and is allowed to plead guilty to just one count, common sense would dictate that they be sentenced based on the one delivery of 100g. However, the guidelines aren’t necessarily based on common sense. Regardless of the fact that four of the five counts were dismissed, the defendant would be sentenced based on 500g of meth, rather than 100g of meth that he pled to. The difference in the actual sentence for someone with a slight criminal history would be huge. U.S.S.G §2D1.1 would indicate a 41-51 month sentencing range for 100g of meth, but 78-97 months for 500g. The plea agreement to dismiss the four counts would have no effect. The guidelines would call for a 78-97 month sentence for the one count that he pled to.
Where Mr. Manafort’s case gets tricky is that computing the correct sentence under the guidelines is only part of the sentencing framework. The other part is looking at the statutory minimum and mandatory sentences for the counts that a defendant pleads guilty to. I won’t address minimum mandatory sentences (those crimes that carry a mandatory prison sentence) in this post as it does not apply. What does apply and provides an enormous benefit to Mr. Manafort is the statutory maximum sentence that each count carries. This is what makes his case unique. In the vast majority of cases, the defense attorney worries about minimum mandatory prison sentences and the federal sentencing guideline calculations, not the statutory maximum sentence. This is because for most crimes, the maximum statutory penalty is much higher than the guideline sentence. However, no defendant can face a greater punishment than the statutory maximum penalty for the count(s) he is convicted of. For instance, in the drug counts we discussed above, each count would be charged under 21 U.S.C. § 841(a)(1) and (b)(1)(B) and would carry a maximum sentence of forty years. Because the guideline sentence is so far below forty years, we would only really have to concern ourselves with the guideline sentence. Again, this happens in the vast majority of federal criminal cases- the guideline sentence is below (and often substantially) below the statutory maximum sentence. Now to Mr. Manafort’s plea agreement and why it is so unusual.

Based on what we have learned above, we know a couple of things. First, that the federal sentencing guidelines are going to be computed on all the conduct, not just the two conspiracy counts he pled to. Second, we know that by law Mr. Manafort cannot get more than ten years. This is because five years is the maximum statutory penalty for each of the two count he pled to. Now to compute the guidelines…

Computing the correct guideline sentence is a combination of art and science. In some cases it is fairly straight forward and simple, while in others it is extremely difficult. And then there is Paul Manafort’s case… The following computation is done to the best of my ability, not having much of the information I would need to compute a sentence with a much greater degree of accuracy. The first step in computing the guideline is to figure out which guideline applies. The Federal Sentencing Guidelines are made up of a series of individual guidelines for various crimes. Because the most serious guideline is always used (that’s just the way the book is written) I know that the gist of Mr. Manafort’s crimes are based on money laundering. The conspiracy to launder money (Count 1) directs me to use guideline 2S1.1. From 2S1.1. I begin by giving him a level of 8. I then am directed to guideline 2B1.1 to determine the amount of laundered money to finalize the base offense level. Based on media reports, I believe the amount of money laundered is between $10,000,00.00 and $50,000,000.00. These amounts correspond to a level of between 18-20. Because the government is evil, and almost always gets what they want, I’ll use level 20. That makes Mr. Manafort’s base offense level 28. From that he will receive 2 additional offense levels because the offense involves money laundering, and 2 additional offense levels because the offense involves sophisticated activity. See U.S.S.C. §2S1.1(b)(3). So far, Mr. Manafort has 34 levels or “points”.

After looking at the specific offense guideline, I then go to Chapter 3, which contains adjustments to the guidelines. These adjustments may or may not apply depending on the facts in each case. My understanding of Mr. Manafort’s case and how the guidelines apply leads me to believe that he may be subject to a 4 level enhancement because the he was a “leader/organizer” of an activity that involved five or more participants. See U.S.S.C. 3B1.1(a). He will also most certainly get hit with an additional two levels because he obstructed justice when he reached out to witnesses several months ago. Remember, that was the reason his bond was revoked and he went to jail pretrial. Finally, he will receive a three level reduction for accepting responsibility. Nearly every defendant in federal court who pleads guilty receives this reduction. This reduction is in many ways the only benefit most defendants who plead guilty receive.

Based on all the math above, I believe, Mr. Manafort’s total offense level will be 37. I’m sure he has no criminal history so he would be considered to be in Criminal History Category I. Accordingly, he would face a guideline sentence of 210-262 months in prison.
But wait! We know he can’t get that much time – WHY? Because the statutory maximum for the two crimes he pled to is ten years, remember? Consequently, Mr. Manafort’s guideline sentence is actually capped out by the 120-month statutory maximum.
The benefit of Mr. Manafort’s plea agreement is actually the dismissal of the other five counts that he was charged with. If he was convicted of those five counts then his statutory maximum penalty would have been sixty-five years and the guideline sentence of 210-262 months would have been a lawful sentence. In sum, his plea agreement calls for a sentence of no more than 120 months.

If anyone is still reading this please know that this is not the end of the story. Mr. Manafort has cooperated with the US Attorney’s office and provided information involving the misconduct of others (I wonder who the “others” are…). Because he is cooperating, there is a provision in the guidelines for him to have his sentence reduced within a year for providing substantial assistance. I’m sure his cooperation will also cause him to receive a concurrent sentence on the charges he is pending sentencing on in Virginia. Ultimately, I believe Mr. Manafort will spend maybe five years in prison, give or take.

Please know there are many complexities to this plea agreement that I simply did not have time to discuss, like the “grouping” of counts and the forfeiture provisions.

Remember, if you are facing federal criminal charges give us a call. If you have one shot, make it your best!