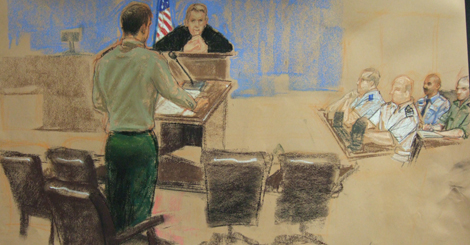 While serving as an Army JAG, Tom Fleener was routinely recognized as one of our countries top defense lawyers. His trial record was unprecedented with over fifty acquittals to his name. As one former military judge best put it, “if I had to choose one attorney to defend me, I would choose Tom Fleener.”

During his years on active duty, Tom successfully defended thousands of service members. He has represented U.S. military members in some of the most high-profile and difficult cases imaginable, and in these cases has achieved unbelievable results. There is not is an offense under the Uniform Code of Military Justice that Tom Fleener does not have working knowledge of and most of them he has personally defended.

After leaving active duty, Tom served as an Assistant Federal Defender where he defended serious federal felony cases. Because of his vast military defense and federal defense experience, he was recalled to active duty specifically to represent an alleged al Qaeda propagandist before the newly-formed military commissions in Guantanamo Bay. In this capacity Tom continued to excel. His work led to him being profiled in the August 2007 edition of GQ magazine in a story titled, “The Defense Will Not Rest.”

Tom is a former instructor at the U.S. Army JAG School where he taught new military attorneys the art of trial defense. Currently, he lectures nationwide at some of our countries top law schools and teaches trial advocacy at the University of Wyoming College of Law. Now, as a Civilian Defense Counsel, Tom is ready to take your case, wherever it may be.

If you have one shot, make it your best.